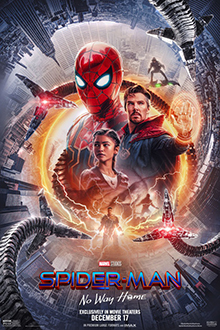 While in Cumbria on a visit hosted by Radiation Free Lakeland in 2015, former United States Nuclear Industry Regulator Arnie Gundersen now nuclear educator with Fairewinds took samples from the beaches. These samples were tested back in the US. One of the samples unintentionally collected was found in Arnie’s coat pocket. It turned out to be plutonium. “Arnie’s time sampling near Sellafield is part of our worldwide campaign to protect families and communities from the devasting and lasting impact of radiation exposure. Currently, we have begun the process of researching and documenting our Irish Sea data for another peer-reviewed journal article.”

In the popular culture of Marvel Comics and films, accidental exposure to radiation is used as the device empowering ordinary people like Bruce Banner (The Hulk) and Peter Parker (Spiderman) with superhuman powers. An insightful 2011 article from Sonia Harris reflects that “As we are seeing, radiation in comic books never works the way that it does in life.”

The narrative from nuclear industry and entangled governments urges us to look away from the nuclear industry as villain with regards cancer, childhood leukaemia and a whole plethora of radiation induced diseases (for which nuclear workers are “compensated”). The scope for the public being accidentally exposed to radiation is ever increasing with government and industry coming up with ever more novel routes for radioactive wastes to enter the world that we all depend on for health. This includes landfill, incineration, cement and even “recycling” radioactive scrap metals into the open market. The excess of childhood leukemia in Seascale, the village in which Sellafield sits like a toxic toad has been explained away by a “population mixing virus” i.e. an influx of nuclear workers to a rural area is responsible – cue for a “Tale of Two Viruses.” The response to the faux “population mixing virus” has been rather different to the response to covid.

“Leading” writers encourage the view that it is vulgar and plebeian to mention the undeniable fact that even low dose radiation causes DNA to malfunction. The younger the person, the more damage is inflicted. The most damaging voice on this has come from “leading environmentalist” George Monbiot who has acted as a kind of pied piper in drawing “thinking” people away from looking at and acting to stop the unbearable consequences of nuclear power: “For the last 25 years anti-nuclear campaigners have been racking up the figures for deaths and diseases caused by the Chernobyl disaster, and parading deformed babies like a medieval circus”. This and other pronouncments from a position of influence is unforgivable – yes the medieval circus that the nuclear industry promises is inching ever closer with big thanks to George

The Marvel Comic Book writers know that radiation causes mutations. In this they tell a greater truth than George Monbiot has achieved in his demolition of brave nuclear whistleblowers. Unlike the Marvel world though, the mutations in real life are far from beneficial, as they snowball down through the generations.

If only we really did get super-powers from accidental exposure to radiation. We should all be strutting about like superheroes. Strangely enough the MPs’ for Sellafield (sorry, Copeland), the world’s riskiest nuclear waste site actually do! Jedi Jamie aka MP Jamie Reed now PR man for Sellafield was a case in point. The latest MP, Trudy Harrison has quite a Superhero strut too but is rumoured to have moved away from Seascale for her family’s sake. As Sellafield’s wastes are found in the Arctic, Trudy should consider actually protecting family and wider family by stopping ever more nuclear wastes being produced and sent to Cumbria. All people want to really do is protect their families and create an environment where that protection is possible…..

– where plutonium is not to be found in your coat pocket!

One thought on “Spiderman, Superheroes and Radiation”