The New Years Honours List Does its Thing…..‘For 30 years I’ve been obsessed by why children get leukaemia. Now we have an answer’ 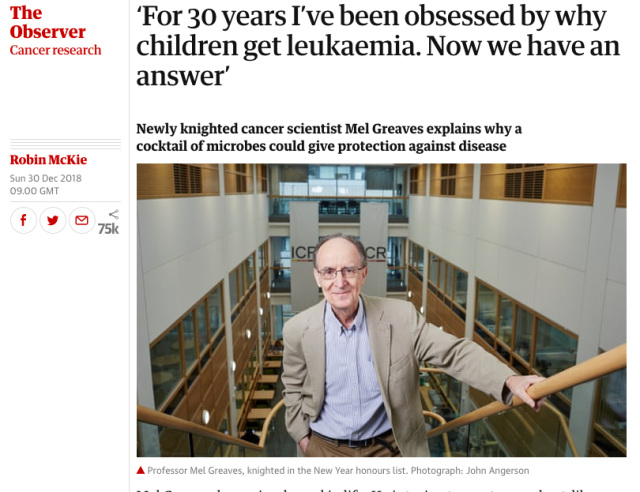 The national press trumpet the clarion cry that could have come from the nuclear industry’s PR book:   “From this perspective, the disease has nothing to with power lines or nuclear fuel reprocessing stations, as has been suggested in the past, but is caused by a double whammy of interacting prenatal and environmental events, as Greaves outlined in the journal Nature Reviews Cancer earlier this year.”

It seems a good time to revisit one of our early blog posts which first appeared on Indymedia back in 2009. What has changed?  The Nuclear Spin has got more blatant and God Forbid that anyone should mention nukiller and leukaemia in the same breath.

What ever did happen to all that research from the body snatching scandal?

Bodysnatching, radioactive poisoning and infanticide, the nuclear industry
has it all in spades.
Is this alarmist, you might ask? No, not really. 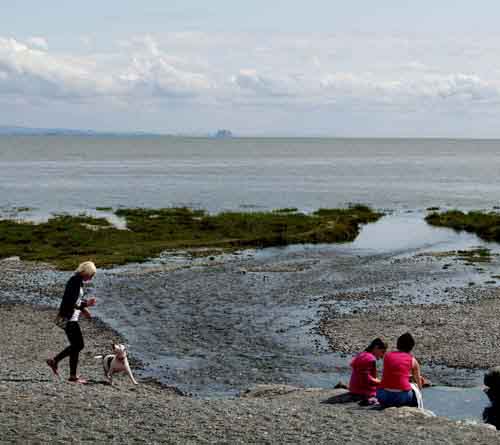 From Bardsea beach looking towards Heysham

Let’s look at “bodysnatching”: remember the Redfern Inquiry into the taking
of body parts from radioactively-contaminated workers in Cumbria? Radiation
Free Lakeland has been contacted by many people anxious to know when the
findings of this Inquiry will be revealed so that justice and closure can
take place. That thousands of dead nuclear workers’ organs were taken
without consent for secret research into radiation poisoning was and is
morally unacceptable. The government has put the Redfern Inquiry “on hold”
indefinitely. What other industry can get away with such a suspension of
justice and carry on with business as usual?Radioactive poisoning? Sellafield recently admitted to exposing two workers
to dangerous levels of radiation in 2007 and were supposed to be sentenced
in Carlisle’s Crown Court on 21st August this year. This also has been held
back and at the time of writing no new date has been set. Again, what other
industry has such power and influence?

Infanticide? In Germany, a major Government-sponsored scientific study
recently uncovered very strong links between living near nuclear power
plants and childhood leukaemia: these findings were accepted by its
government. Many peer-reviewed scientific articles in respected journals
have described these disturbing findings in detail. In essence, increased
numbers of pregnant women near German nuclear reactors are having babies
which later die of leukaemia. Let’s call this by its proper name:
infanticide. It appears we might be killing our babies for the sake of
nuclear electricity. Should we be doing this? Should we be proposing to
build yet more nuclear reactors? Where has our moral compass gone?

Independent scientists have stated that whatever the explanation for these
increased leukaemia deaths in babies, they raise difficult questions
including whether vulnerable people – in particular, pregnant women and
women of child-bearing age – should be advised to move away from nuclear
facilities. What other industry would be allowed to get away with this
nonsense? Can you imagine a chemical firm getting away with it?

Some people appear to accept nuclear (often half-heartedly or with
embarrassment) as they misguidedly think nuclear is a solution to global
warming. But it isn’t. The nuclear industry overall causes large carbon
releases (think of uranium mining, milling and processing) and its potential
for reducing UK CO2 emissions is a pitiful 4% according to the Government’s
Sustainable Development Commission in 2006. There are many options for
reducing our CO2 emissions, but it turns out nuclear is the least cost
effective. Just ask yourself – if nuclear power led to reduced reliance on
oil then why is nuclear France’s per capita consumption of oil higher than
non-nuclear Italy, nuclear phase-out Germany or the EU average?

But even if nuclear were everything the government and industry falsely
claim regarding climate change – that would still not justify new build.
Nuclear also results in our passing on dangerous nuclear wastes, for which
there is no solution on the horizon, to our children and grandchildren and
to future generations for many millennia: this is ethically and morally
scandalous.

So why are we being steam-rollered into a nuclear future?
Let’s stand up together and say, loudly, NO TO NUCLEAR.

Medicine, Conflict and Survival
Publication details, including instructions for authors and subscription information:

6 thoughts on “Knighted for Services Rendered: Don’t Worry about the Nukiller Plant on your doorstop – Just Let Them Drink Yoghurt!”