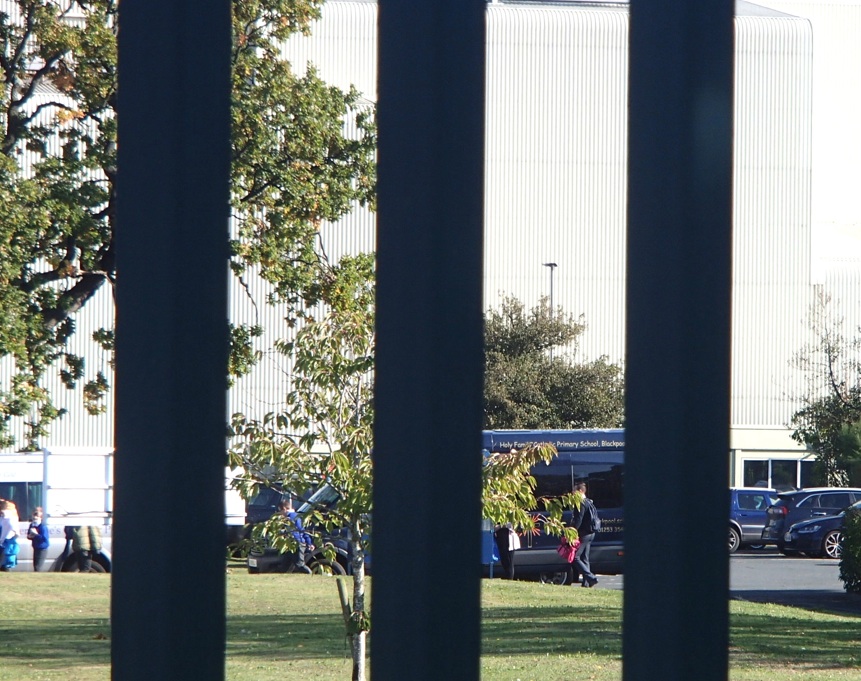 The following letter has been sent to the interim Chief Executive Officer of Lancashire County Council from a supporter of Radiation Free Lakeland.

The continued school trips to the Springfields Nuclear Fuel site slap bang in the middle of Cuadrilla’s fracking operations is beyond scandalous. It is way past time to talk about Springfields and the convoys of enriched uranium and nuclear materials in the centre of fracking operations on the Fylde.  In and of itself Springfields is the spider at the web of the most dangerous industry – combined with fracking in close proximity the potential for catastrophe is ratcheted up.  Has Nothing has been learnt from Grenfell in the blind accumulation of certain risks to the public?

Please do send in your own letter to object and bear witness to this madness. – emails and letter below…
To: enquiries@lancashire.gov.uk; Tim Farron MP; leader@libdems.org.uk; Jeremy Corbyn MP; caroline.lucas.mp@parliament.uk; firstminister@gov.scot; lep.newsdesk@lep.co.uk; nwt@bbc.co.uk

Like many other people, I am deeply concerned at the  prospect of fracking so near to a dangerous nuclear installation with a poor safety and environmental record.
I am concerned that groups of school children are still making  “educational visits” to the site which fabricates radioactive material for both the civilian and military nuclear industries and which could be subject to induced earthquakes as the result of fracking.
It is concerning that consignments of toxic radioactive uranium hexafluoride will be sharing the same narrow Lancashire country lanes as fracking juggernauts, and apparently  also school buses.
Would you agree that in the circumstances, school visits to the Springfields site should be suspended at the very least?
Yours sincerely
(name and address supplied)
Note:  Formerly a Director General of the government department, BEIS, Angie Ridgwell has been in the role as CEO at Lancashire CC on an interim basis for the past 10 months.
The recommendation for Ms Ridgwell to join the council permanently is now subject to the approval of all councillors at the next Full Council meeting on Thursday, October 18.
Ms Ridgwell joined the county council from the Department for Business, Energy and Industrial Strategy (BEIS), where she was director general for Finance and Corporate Services.
A qualified accountant by profession, Ms Ridgwell has worked in a wide range of public sector bodies and local authorities, principally as chief executive or director of finance. These posts include Bristol City Council, Thurrock Council, Coventry City Council and Bridgnorth District Council.
Ms Ridgwell has also worked in consultancy and as an associate with KPMG. Assignments included work at North East Lincolnshire Council and as executive director at the London Development Agency, advising the board and Mayor of London on regeneration and economic development strategies.

2 thoughts on “Lancashire School Children Put at Risk : Trips to see Enriched Uranium being turned into Nuclear Fuel, and all In the middle of the UKs new Fracking Gasfield.”