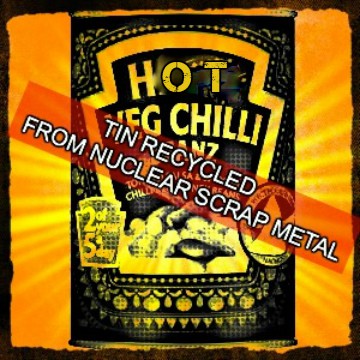 Last weeks headline in the Whitehaven News “New business will recycle spare food” sounds like a very good thing. Only read a little further and all is not what it seems. 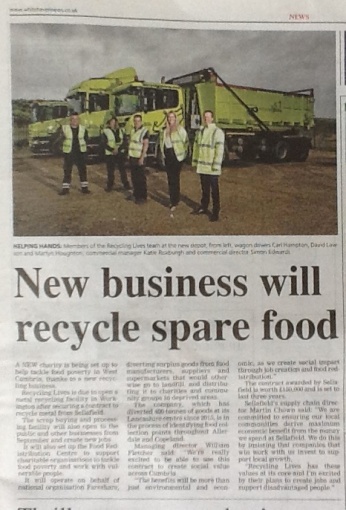 Dr Gordon Edwards is a qualified expert from Canada on nuclear issues and explains how this scandalous situation has been orchestrated: “During the early decades of the nuclear age, people were told (and are still being told) that all nuclear waste will undergo “disposal” — a word with no scientific definition, for humans have never successfully “disposed” of anything. But in recent years, the nuclear industry has significantly altered its previous doctrine. The new buzz-word is “recycling”. The industry, it seems, wants to benefit from some of the “good vibes” associated with Environmentalism’s “3 Rs” — Reduce, Reuse, and Recycle. But recycling is a deceptive word to use, for the nuclear industry wants  to gradually disseminate brand new highly dangerous waste materials – radioactive species which never existed before—into general circulation, as invisible contaminants. They want to reduce the volume of waste by spreading it around, “decontaminating” it as they go. But decontaminating is by no means perfect. Radioactivity has to go somewhere — into the air, into the water, into the soil . . . and increasingly, into ordinary items of commerce. Thus everyone on earth will soon be receiving their own personal allotment of radioactive plutonium, cesium-137, cobalt-60, iron-55, nickel-63, and many other human-made radioactive waste materials in their household purchases — a gift from the nuclear industry.”

In 2009 Radiation Free Lakeland appealed to the Nuclear Installations Inspectorate (now the Office for Nuclear Regulation) not to license the only scrap metal “decontamination” plant in the UK, Studsvik at Lillyhall, Workington.  We said: “To call the process ‘recycling’ is disingenuous and most people understand that the radioactivity is merely redistributed over a wider area on the one hand and concentrated on the other. At an international conference in Stockholm in 2007 ‘Coping with Nuclear Waste’ Studsvik’s ‘solution’ to the ‘recycling of nuclear waste’ was universally criticized with the resolution from conference delegates – all experts in their fields. “We call on the nuclear industry to keep radioactive waste materials isolated from humans and from the biosphere, and keep it out of commerce – so that it does not end up in our water, or in toys, cars, buildings, roads, zippers, tableware, etc. We call on Studsvik (Sweden) and Ecomet-S (Russia) to halt all nuclear melting and mixing of radioactive metals for release into the open metal market.”

Our plea went unheard and now Studsvik has sold its operation at Lillyhall to EDF (who call themselves Cyclife for the purpose of radioactive scrap metal “recycling”).

So what sort of metal goes to the Metal Recyling Facility at Lillyhall, Workington?  (once classified as “free release” it goes onto “Recycle Life” Scrap Metal Merchants down the road at Workington and into the open market)

A document from Springfields Nuclear Fuel Manufacturing site in Preston shows that following the change in the law in 2008 there is no limit on the type of radionuclides or on the volume of metals going to the “Lillyhall Metals Recyling Facility.”

The Lillyhall “Cyclife” Radioactive Metal Recyling site is adjacent to a bakery and near the Lakes College. Just this week photos have been taken of the Lillyhall site (now operated by Cyclife/EDF). The photos (below) show shipping containers stacked up on top of each other next to the perimeter fence. There are many more than the “approved” 15 containers on the plan controversially passed by Cumbria County Council.   The radioactive metal stacked in these containers awaiting “decontamination” (shot blasting the hot metal with clean metal) will end up at scrap metal merchants like Recycle Life.  This radioactive scrap metal is not to be reused by the nuclear industry (not clean enough for them?) but is to be sold onto the open market and into everyday household items.   Who is checking the metal is “clean”?   The industry monitors itself.   It is a scandal.

2 thoughts on “Recycling Radioactive Scrap Metal – What Could Go Wrong?”