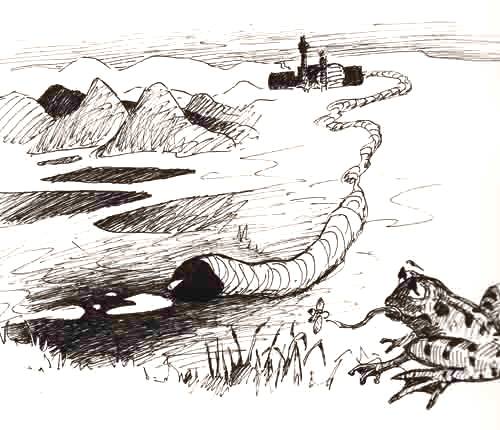 The following excellent letter on the insanity of Moorside appears in this week’s Whitehaven News.  It has been written by Ian Hawkes whose investigative work can be seen on the Toxic Coast website.

“Regarding the two letters in last week’s edition, entitled “Singular Views”, especially the response from NuGen’s spokesperson, I would raise the following points:

NuGen’s representatives seem not to know answers to some of the questions asked; appearing to make up responses which are disputed even by other members of their staff at the same event.

How many individuals have taken part in the consultation? Do repeat visits count as new attendances?

Even accepting at face value that “3,000 people have been given the opportunity to ask questions”, that still only equates to less than 0.6% of Cumbrians; restricting the catchment area to a combination of Allerdale and Copeland increases the figure to 1.8%, whilst reducing the catchment area to just Copeland gives a figure of 4.3%.1 These are hardly representative or significant numbers. More importantly, it does not provide the data for NuGen to claim that residents are in favour of the proposed development. One of the requirements for approval of major projects is local support, yet we read elsewhere that according to the local paper 85% are against nuclear expansion. Even in Keswick, a street poll suggested that 90% of those approached were against it2.

4,000 workers will be provided with accommodation. Does that include their families? In their sales brochures NuGen state that work will be provided for 6,000. Where will the other 2,000 workers be housed? Given the number of large projects elsewhere around the U.K., where will these workers come from? There are, after all, five or six major projects already planned in the area.

Without NuGen’s proposed site, there will be no need for any of the changes (“improvements”) to the environment and infra-structure that they propose. For example, the existing and future traffic trends could be fairly easily accommodated with some comparatively minor road and rail improvements. We already have internationally-renowned long- and short- distance walks, cycle-paths, and wonderful beaches and countryside whose development for tourism would amply reward just a small fraction of the proposed expenditure on nuclear expansion. None of the changes touted as benefits by NuGen, e.g. the relocation of species – whose success rates look dubious, huge earthworks, pylons, harbours, and possibly cooling towers, will be necessary if the project fails, and visitors and residents can enjoy the(relatively) unspoilt natural environment.

Instead of potential tourism we are expected to approve of plans to create an industrial zone which will stretch from Drigg to Beckermet (at least). When the area has been stuffed full of nuclear waste, will those responsible hang around, or will they go back home, leaving an industrial wasteland for others to endeavour to clean up with an ever-escalating budget?

Will NuGen be required to return the countryside to its original condition should their application be rejected?

The major problem for any nuclear reactor is that the process is only about 32% efficient3. That means that only 1/3 of the heat produced is used. Twice as much as the used heat is just wasted. (Equivalent to enough electricity to supply 5 to 6 million homes by NuGen’s calculations.) What happens to this heat? NuGen propose to circulate 2.5 billion gallons of water a day from the Irish Sea, returning it at 14° above intake temperature4. They do not know what impact this will have, but rely on computer modelling to solve the obvious problem.

As with several of the difficult questions, NuGen suggest that computer modelling will provide the answer. The BBC’s weather forecasts are produced using computer modelling that has been developed over decades, using multi-million pound mainframe computers. They struggle to work out the weather for five days in advance, so the chances of any computer modelling being accurate over the 50-year lifetime of the proposed “Moorside” project are pretty minimal.

How many people understand what a cumec is? NuGen’s brochures say 45 (or 50, depending on which document you read) cumecs of water will be required. What they do not make clear is that this is per reactor. So a total of either 135 or 150 cumecs for the site. That does not sound much, which is probably why they stated the figure that way. A cumec is a cubic metre per second. A cubic metre is equivalent to 219.97 gallons. Or 2,565,730,080 gallons every day. (Alternatively, 1,154,578,536 tonnes.)

You do not have to be anti-nuclear to understand that that is a huge amount of water. Even worse is the failure to mention that other sites, Heysham and Wylfa, will also be using the same method to dissipate their own waste heat. The result being that one third of the total volume of the Irish Sea will be taken in, heated by 14° and discharged every year. Marine biologists have discovered that a mere 0.6° rise in temperature has resulted in species changes5 as indigenous species suffer while non-native species take over.

NuGen will also require their pipes and equipment to be kept clear, so they will add chemicals (biocides) to kill marine growths. It seems that anything that survives the heat increase will be killed by the chemicals. If not in the system, then in the discharges to the environment. Again, the impact is unknown and the infamous computer modelling will produce an answer. Until this and similar answers are known, it is impossible to arrive at an informed opinion and the consultation process is thus premature and meaningless.

The recirculation of radioactive materials currently bound to the mud, silt and sands on the sea-bed, which will inevitably be disturbed by both the construction processes and the day-to-day operations must surely be of concern.

Even so, and assuming that there is no impact on the immediate environment by the dissipation of so much heat, this still means that despite the omission of CO2 producing processes, the atmosphere is being warmed considerably – even if some of the heat goes into the Irish Sea, ultimately it will end up as part of the global warming. Does the absence of the CO2 middleman matter? The absence of CO2 discharges into the earth’s atmosphere is given as the major benefit of nuclear power. The reason is that increasing amounts of CO2 cause atmospheric heating. So, where is the real benefit?

Increasing levels of CO2 have actually benefited some areas, due to a process colloquially known as “greening”. I can’t think of any areas that have gained from being polluted by nuclear processes.

NuGen persist in suggesting that they can be truly divorced from Sellafield’s operations, while being – literally – just across the road, and a few hundred metres away. How far did the last leak from Sellafield spread? Did it stop at fences or boundaries? Commonsense says that putting two vulnerable and intrinsically unsafe buildings next to each other is plain stupid. The authorities may change the rules, but the facts remain indisputable.

We were told by NuGen staff that there were four similar reactors “up and running” around the world, so the design was “tried and tested”. Yet it is difficult to find a single instance of the U.K. design reactor anywhere. If it is so well designed, why are changes being insisted on by the regulators?

Will NuGen pay anything for the fresh water supplies and requisite changes to the infra-structure needed to supply it?

What is the total cost of this project to be and what is the liability of U.K. residents?

We have seen elsewhere that nuclear development always runs very late and costs far more than budgeted for. Given that the large-scale generating site is now considered an obsolete model6, what is the point?

To add insult to injury, we have been told by NuGen’s head of corporate communications that there will be no impact on the residents of Braystones Beach as a result of the project7. He didn’t understand the meaning of amenity, either.

4 thoughts on “Letter: Moorside Turning up the Heat on the Irish Sea by 14 degrees”